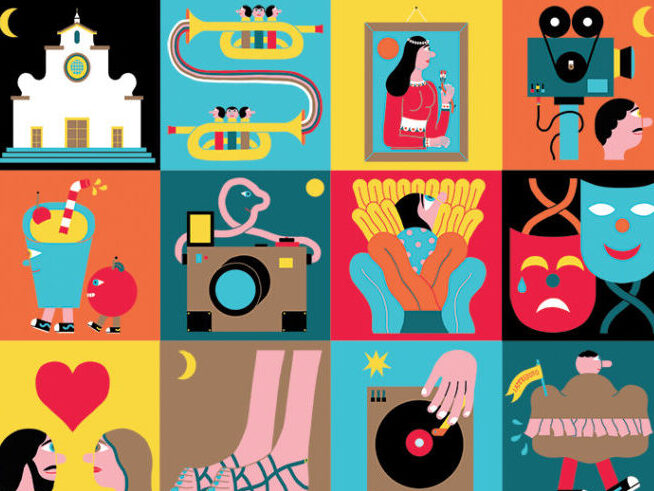 Florence offers a rich calendar of events – including music, cinema, theater, dance events - to animate our nights from June to September.
The “Estate Fiorentina” Festival is back this summer again and will involve an infinite number of places in the city, in the city center and also in the suburbs! It is promoted by the Municipality of Florence and organized by Mus.e Association.

Among the events, some of them deserve particular attention: the Festival au désert, musical encounters of different cultures, at Cascine Park and in Santa Maria Novella (June 30-July 2); the Florence Dance Festival, contemporary dance in Santa Maria Novella (June 26-30); Musart in piazza Santissima Annunziata (Roberto Bolle, Edoardo Bennato, Stefano Bollani, Vinicio Capossela and other stars) from July 17 to 27; the Brass Week Festival, in August, dedicated to the best of brass; Cirk Fantastic at the Cascine Park (September 6-21); Genius Loci in Santa Croce Church (September 21-25); the Florence Jazz Festival in Oltrarno, from September 9 to 12.

Not to be missed the concerts by well-known music institutions: Amici della Musica, Homme Armé and Orchestra da Camera Fiorentina.

Cinema lovers may attend the outdoor cinemas and also the interesting summer festivals in various locations of the city: loggiato degli Uffizi ("Apriti Cinema" from July 25 to August 11), Museo Novecento & piazza Ognissanti (France Odéon), and also in the suburbs of the city with the successful formula of Cinema Tascabile.

Many other events, including those dedicated to Dante Alighieri (starring important actors and singer-songwriters) will take place at the Civic Libraries.

There are many summer venues throughout the city offering shows and music events to enjoy the hot summer evenings: Toraia in Lungarno del Tempio, Fiorino sull’Arno next to Ponte San Niccolò, Off-Bar at the Fortezza da Basso, the Cascine Park (including different locations such as PARC by Fabbrica Europa, Manifattura Tabacchi, Cavea del Teatro del Maggio Musicale, Anfiteatro), and many other gardens throughout the city quarters.