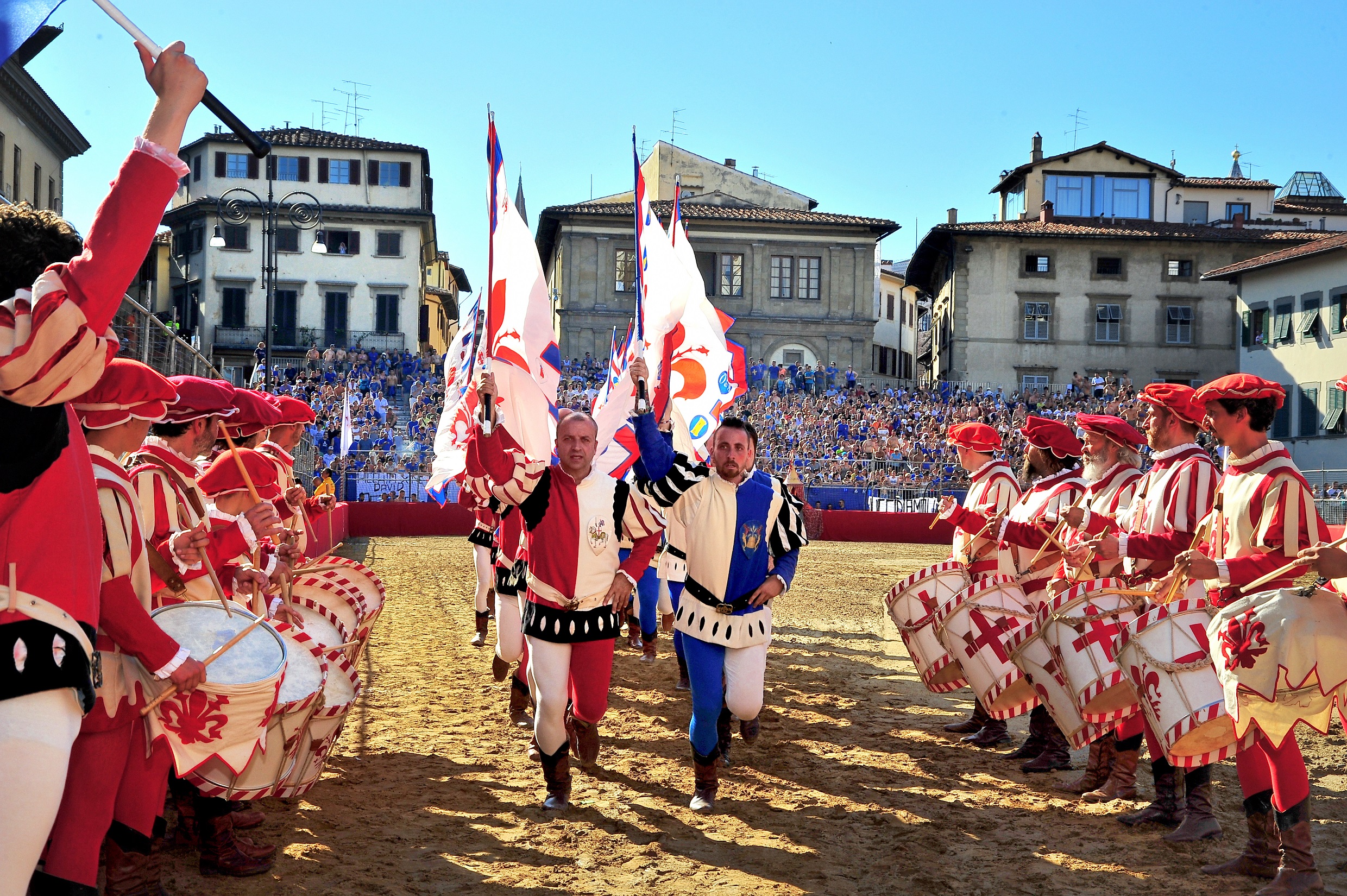 Finally, after the pandemic, the traditional events for the Feast of St. John the Baptist (June 24th), Patron Saint of Florence, are back in presence.

It starts in the morning, at 8.30am, with the Historical Parade of the Florentine Republic which will reach Piazza Signoria and from there will head towards Piazza del Duomo: at 10am the offering of candles in the Baptistery and, to follow, solemn Mass in the Cathedral of Santa Maria del Fiore, with songs of sacred music by the Cappella Musicale della Cattedrale and Coro delle Voci bianche del Maggio Musicale.

In the afternoon, the final of Calcio Storico (historic footbal), one of the most important popular traditions of Florence, will be played between the Azzurri of Santa Croce and the Rossi of Santa Maria Novella. A sumptuous parade in historical costume announces the match starting from Piazza Santa Maria Novella at 4 pm, and after crossing some streets of the center, will arrive in Piazza Santa Croce at 5pm where the final starts at 6pm.
If you would like to learn more about this tradition and its origins, check out this section of our website; as for how to participate (pre-sale of tickets, costs, schedules of the 2022 edition) click here.

Another tradition is 'Palio reniero' on the Arno river: a competition between four rowing boats (representing the four districts) which will start at 6.30pm near Ponte Vecchio, towards Lungarno Santa Rosa.

At 22pm the fireworks, the traditional “fochi", from Piazzale Michelangelo and its surroundings. Among the many places from which to admire them, there are the Lungarni / right side of the river; on the Lungarno della Zecca before the show, at 8.30 pm, there will be a concert by the Musical Ensemble of the Carabinieri of Florence.

From June 24th many ancient and fascinating defensive places (towers, gates, fortresses) of the city will be reopened. Find out more here.