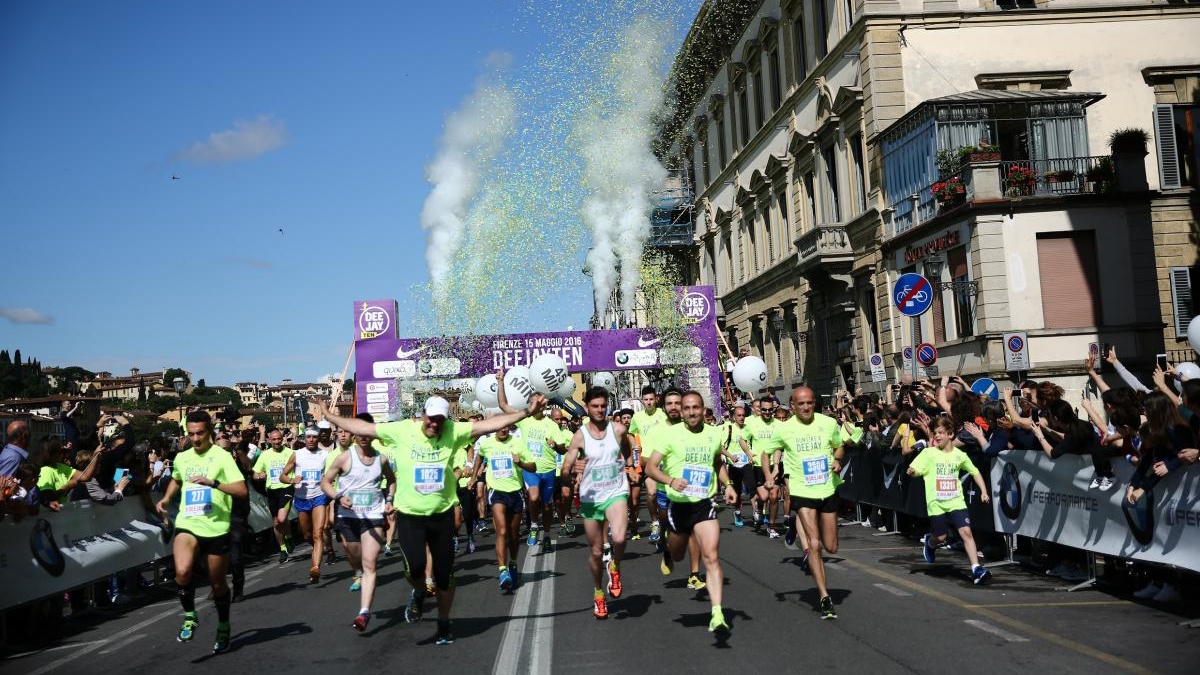 Florence is the city of runners! Practiced at all levels, running is the sport with the greatest impact in Florence; also thanks to its magnificent views, running in Florence is an experience not to be missed, both in the historic centre and in its large parks, starting from the Cascine.

The city of Florence offers a broad range of events all year long and for ala kinds of participants, from amateurs to professionals.

The Firenze Marathon is the second Italian marathon in terms of number of participants, with now 10 thousand consolidated runners from over 70 nations: developed on the classic route of 42 km and 195 meters, it runs along a route that touches all the symbolic places of the city. Punctual, every year, the last Sunday of November awaits you.

The Guarda Firenze is a sport and educational event whose primary objective is to promote the knowledge of the history of Florence through the usual tourist-sporting race/walk through the streets of the city.

Other running events, of great appeal is Corri la Vita, an event that, created to help women affected by breast cancer, finances important projects in this sense. The Dee Jay Ten, instead, was conceived by the well-known DJ, and running addicted, Linus. La Vivicittà, is the classic Half Marathon, 21 km long, organized by Uisp. And then, the Notturna di San Giovanni, the suggestive night race that takes place as part of the celebrations for the Patron Saint of Florence.

For the most heroic, then, we point out the mythical 100 km of the Passatore, a race that connects the Tuscan capital, crossing splendid sceneries such as the Mugello region, to the city of Faenza.