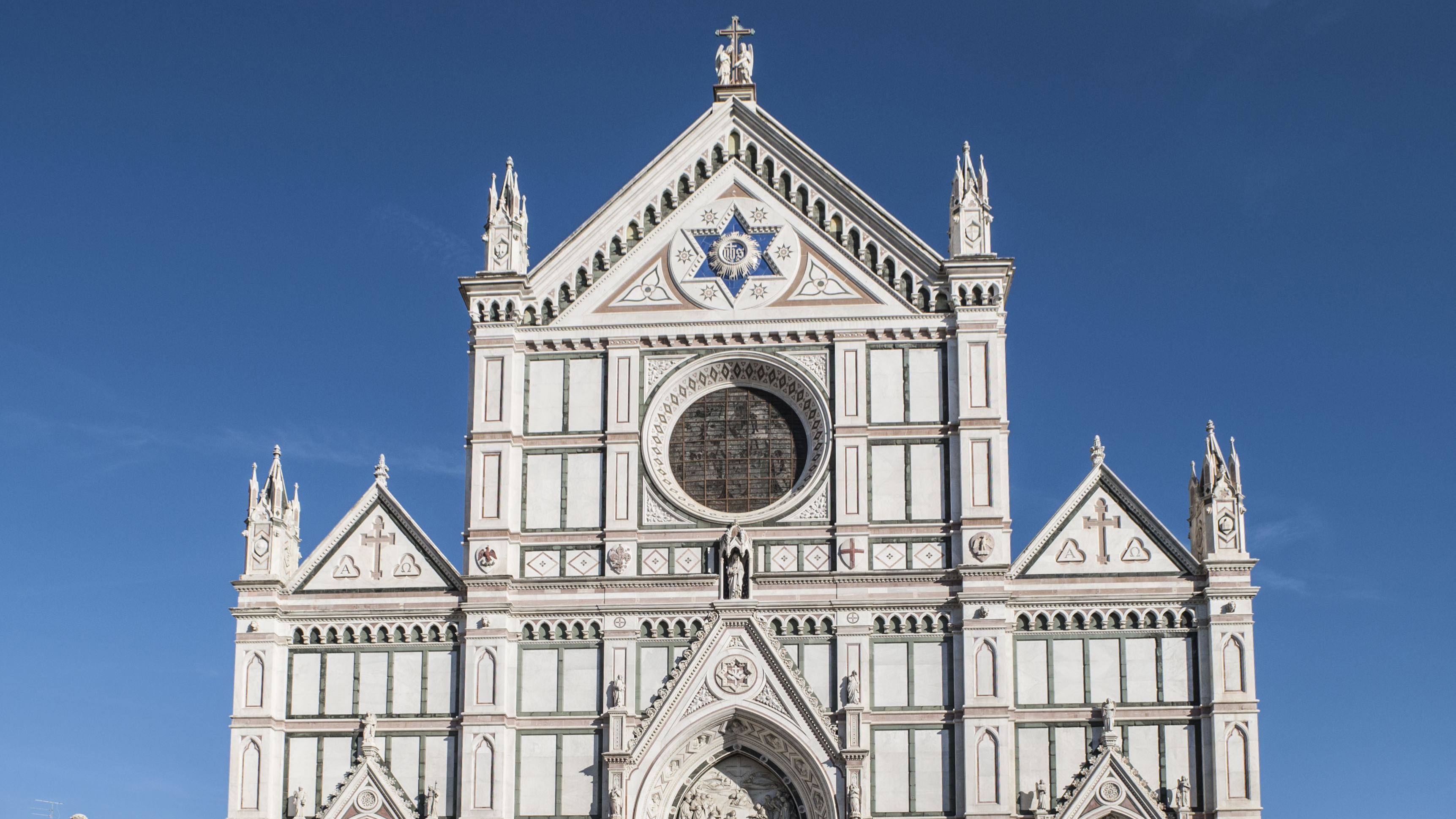 Designed by Arnolfo di Cambio (1296), it is the largest Franciscan church in the world; it is also known as the "Pantheon of Italian glories" for its illustrious tombs (Michelangelo, Galileo, Machiavelli, Rossini, Foscolo, Alfieri) that it preserves in the suggestive Gothic interior.

Among the more than 200 tombs, the two Renaissance monuments stand out, masterpieces of Rossellino and Desiderio da Settignano.

Of the numerous chapels in the transept, frescoed in the fourteenth century, authentic masterpieces are the Bardi and Peruzzi chapels, frescoed by Giotto; remarkable are also the works of Donatello (the Annunciation and the Crucifix). The famous Crucifix of Cimabue damaged by the 1966 flood, instead, is displayed in the sacristy. The museum itinerary includes the Cappella dei Pazzi, by Brunelleschi, the two cloisters and the Last Supper, frescoed by Taddeo Gaddi, a treasure chest of numerous works of art (Donatello, Orcagna, Domenico Veneziano).

Points of interest
Churches and places of worship
Poligono GEO

Entrance fee:
Full price € 8.00
For information about reduced tickets, please check on the website.
***PLEASE NOTE!!! From January 10th 2022, SUPER GREEN PASS (proving you are vaccinated or recovered from coronavirus) or equivalent certification issued by non-EU countries is REQUIRED for admission to museums and monuments (under 12 are exempted).


Accessible from Largo Bargellini (left-hand side of the basilica where the ticket office is). The sidewalk is connected to the street level. Long ramp with slope to get inside the church.

To access the cloister, the Cappella de’ Pazzi and the Museum the disabled have to get out through the entrance, reach the square and find the entrance to the first Cloister (on the right-hand side of the façade of the Church). In the same spot, there is an accessible toilet. A wheelchair is available (ask the ticket office).