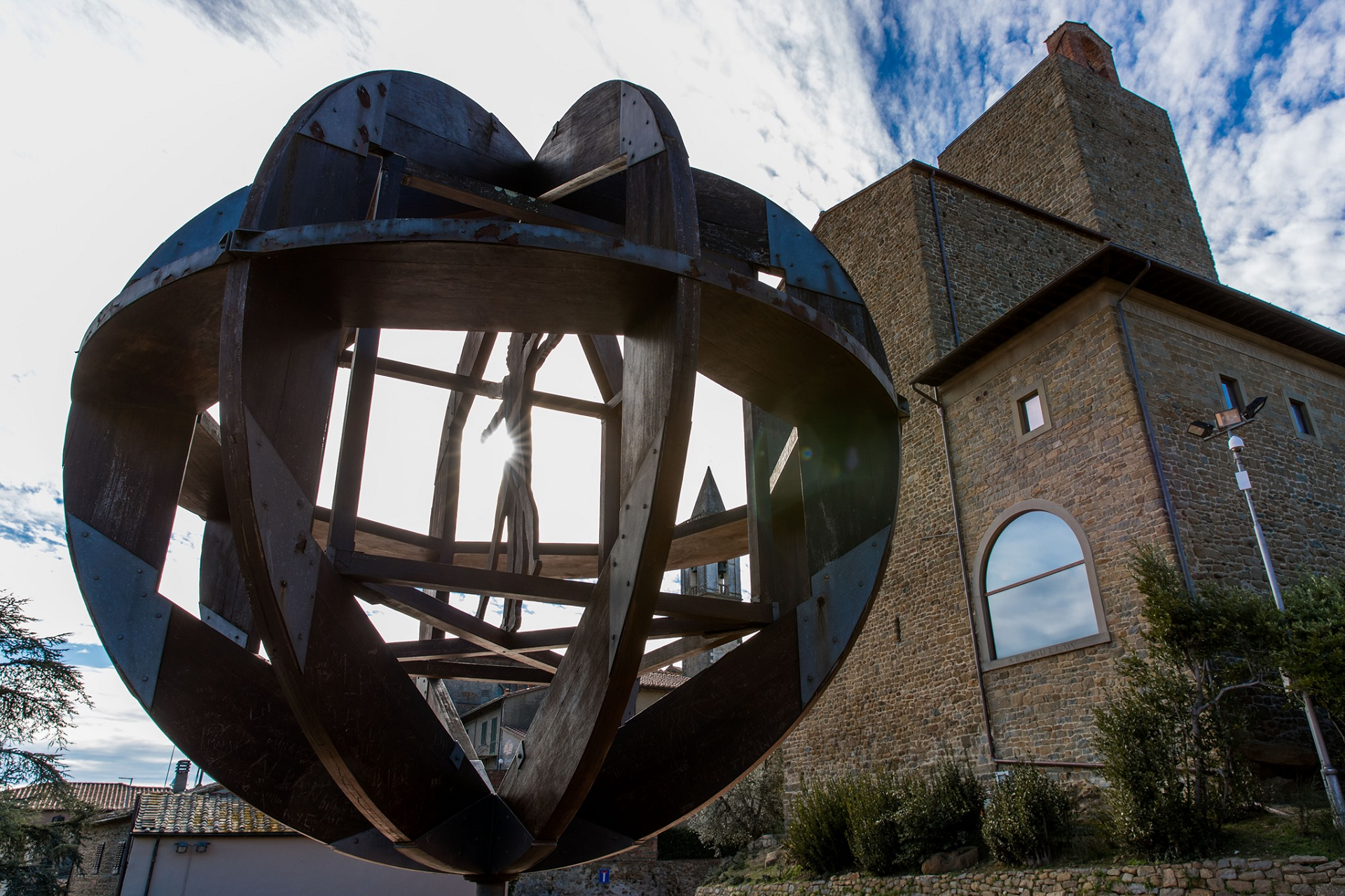 The Leonardo museum route includes the Museo Leonardiano, Leonardo's Birthplace and the Leonardo and his painting exhibit; it consists of several venues that are located at a short distance from each other.

The idea of dedicating a museum to Leonardo in his hometown was born in 1919 during the celebrations for the fourth centenary of his death when the Conti Guidi Castle, the medieval building that is the symbol of the town of Vinci, was donated to the Municipality of Vinci.

After the restoration work on the building in the years 1939-1942, the Museo di Leonardo was inaugurated on April 15 1953 thanks to the contribution of the International Business Machines Corporation (IBM) which donated to the Municipality a whole series of reconstructed models based on Leonardo's drawings.

The first rooms of the museum are set up in the Palazzina Uzielli, merged since 2004 with the Conti Guidi castle in a single museum route, which covers the first floor and the ground floor,  where there are several sections, each one dedicated to a different aspect of Leonardo's studies, such as the building-site machinery, textile manufacturing technology, mechanical clocks, war machinery, flying machines, anatomy.

The route, continuing in the Ebbe nome Lionardo immersive room about the life of the genius from his birth to his move to Florence, ends in the castle tower, where you can visit the room of geometric solids and the panoramic terrace (open from April to October);from here you can enjoy a beautiful view which stretches from the Montalbano hills, to the Apuan Alps, to the Pisan Mountains up to the Leghorn plain.

Leonardo's Birthplace, located in Anchiano, 3km away from the centre of Vinci, whose evidence was already recorded in 1427, belonged to the Vinci family for over 150 years.
The exhibit is divided between the Birthplace, consisting of three different rooms, and the neighbouring farmhouse.

In the Birthplace, the Leonardo in Vinci: a genius tells about himself audio-visual narration, makes use of 3D technology to let the visitor re-experience Leonardo and his most intimate and personal universe. The multimedia interactive application Leonardo Touch instead presents his painting and graphic work, using several themed search options and lets you interact with the drawings and paintings so as to discover each detail.

In the farmhouse next to the birthplace you find the section deidcated to the Last Supper, Leonardo's only mural painting still visible to this day, a high-definition digital reproduction of the work is displayed.

The exhibit Leonardo and Painting, housed in the historic Villa il Ferrale, halfway between Vinci and Anchiano, features life-size, high-resolution reproductions of all the paintings and some drawings by Leonardo, giving visitors the extraordinary impression of finding themselves face to face with the masterpieces of the Genius assembled in a single venue.

From Vinci you can easily reach Anchiano by car, but even more evocative is the easy trail that, through the Tuscan olive tree strewn countryside, leads to Leonardo's Birthplace.