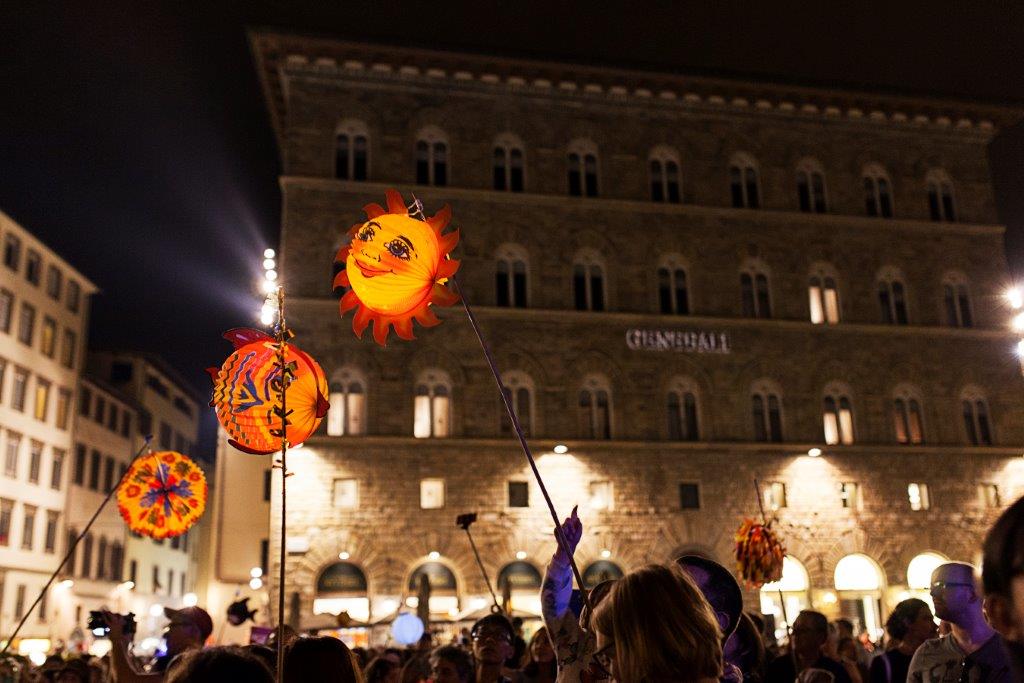 The festa della Rificolona is celebrated only once a year, but it’s loved by Florentine people and tourists of all ages for its magical atmosphere. The highlight of this festival takes place on the evening of September 7th, when the streets of the city are animated by parades taking the famous Rificolone (decorated paper lanterns).

This ancient tradition became popular in the mid-17th century, when, at the end of summer, Florentines usually celebrated the birth of the Virgin Mary in the Basilica della Santissima Annunziata. On that occasion, farmers and merchants from the surrounding countryside walked into the city the night before the feast day and illuminate their route with these lanterns hanging on the top of their canes.

On the following day, in the square of the Basilica – a Marian sanctuary where the venerated image of the Virgin Mary is kept - the Fierucola della Nunziata was held. The name Rificolona comes from "Fieruculone", a nickname given to the countrywomen selling their goods at the fair.

Even nowadays, the most important events are held in Piazza Santissima Annunziata. On the evening of September 7th, at 9.30pm, the square becomes the meeting point for more parades coming from different points of the city and from Impruneta, a village outside Florence where another Marian Sanctuary is situated. After the greetings of the authorities and the usual parade of the rificolone - the most original is rewarded - a final music show in the square will entertain the participants.

The event is not just here. Over the years, in fact, it has ended up involving all the five Quartieri (districts) of the city, even the most remote zones. In addition to Quartiere 1, all the other districts organize events - mainly workshops for children - on the evening of September 7th, and during the previous days.