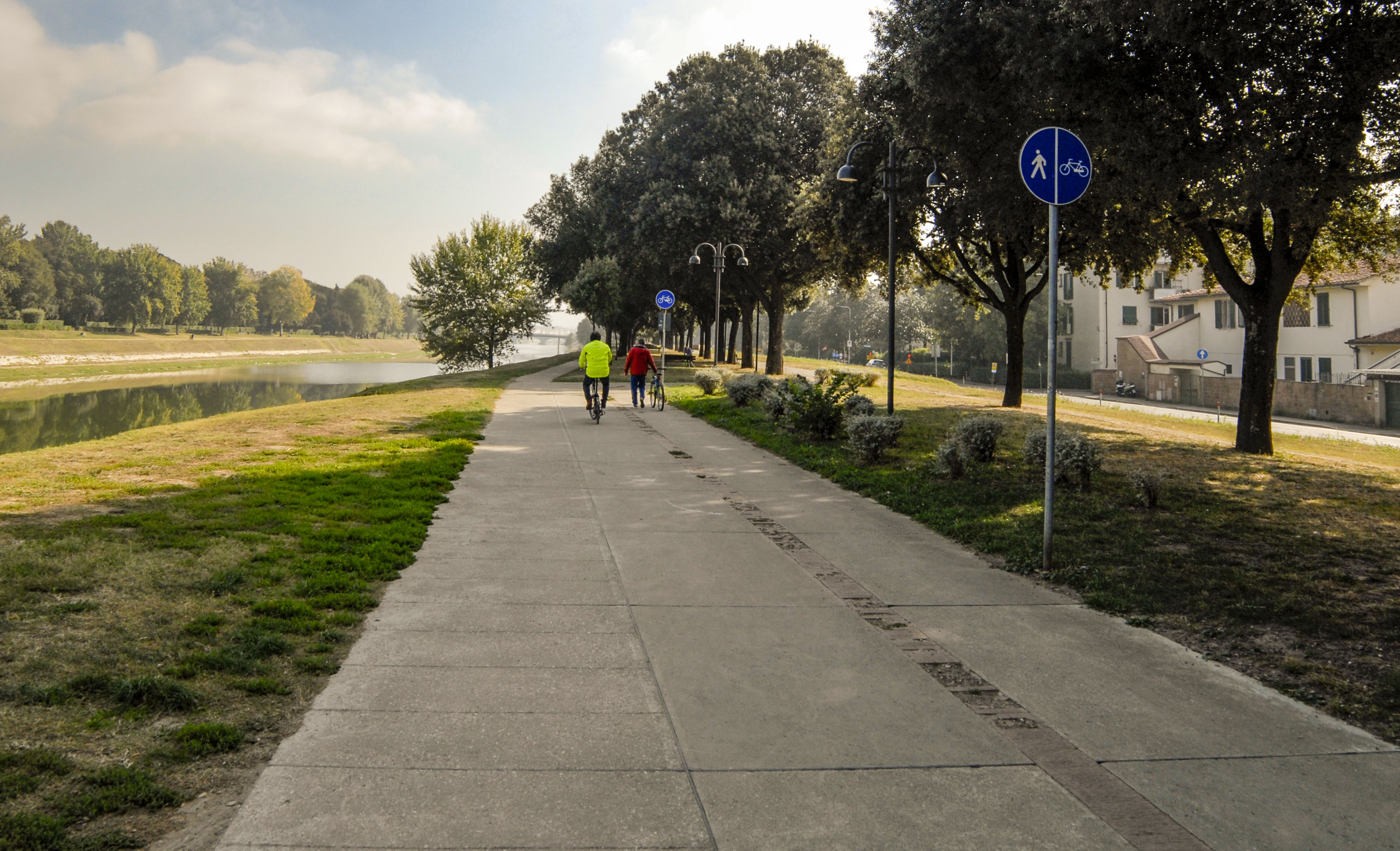 The cycle path on the river Arno

The Arno river extends for 241 kilometers from its source on the southern slope of Mount Falterona, in the Tuscan-Romagna Apennines, to its mouth near Pisa: it crosses the city of Florence and Pisa.

The Tuscany Region has already approved the project for the construction of a cycle path that will soon run along the river for its whole length, through the construction and connection between the various sections of the already existing cycle paths.

As usually (the natural course of a river) the path is mainly downhill, starting from 468 meters high at the source, up to zero at the mouth, at Marina di Pisa. The cycle path that can be followed will therefore also be suitable for families and children of all ages.

As for the city of Florence, the cycle path is practicable in the municipal area mostly along the right bank of the river. The departure of the cycle path begins in a public garden called Girone. It is in clay and winds up to the Tuscany hall Theater (Lungarno De André); from here it continues, on the cycle path, until you reach the National Library. The Lungarni (the routes along the river Arno) of the Florentine center are generally covered by cycle paths/pedestrian areas: the Acciaioli / Archibusieri section near Ponte Vecchio has been very recently inaugurated. From here you can easily reach the huge Parco delle Cascine, the green lung of Florence, where the cycle paths are varied and lead up to the Ponte all'Indiano, the confluence point between the Arno and the Mugnone rivers.

After passing under the motorway bridge, the cycle path winds its way outside the Florentine municipal area and ends inside the Renai Park, a green space full of ponds (including swimming pools) located in the municipality of Signa.

On the opposite bank (the left one) upstream of the historic center, a paved cycle path starts from Via di Villamagna, and winding through the Albereta / Anconella park. ends at the Ponte alle Grazie. The track - which does not cross the whole historic center from this side - resumes at the height of the Cascine Park.

Have a good ride everyone!