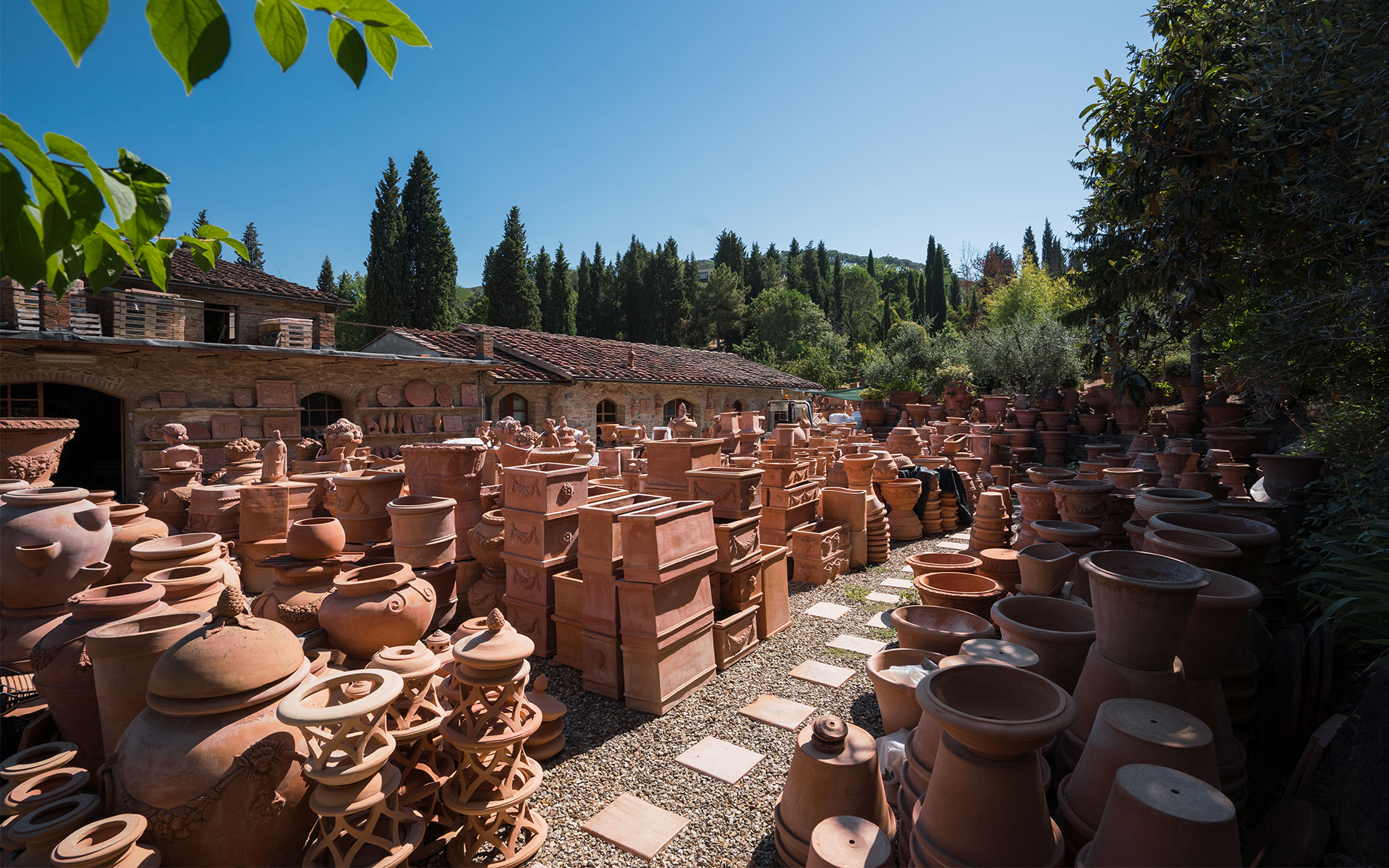 The Masini Family are an important presence in the production of terracottas at Impruneta.

Ottavio and Livio Masini started their activity in 1934 at the old Agresti Furnace of Impruneta.
Since then the Masini Family has worked the traditional terracotta offering high quality products.
One year later another brother, Bruno, joined in the business and in 1939 he took the ancient Vanni Furnace dating back to 1681. Together with Bruno worked his son Osvaldo.

At that time the production of terracotta was mainly focused on building materials such as tiles for roofing, floor and building bricks. However, the furnace produced already a fair number of vases, flowerpots and jars (enamelled inside to contain oil and wine) which were fired in the ancient 19th century wood-fired ovens, which still exist today although not in activity.

In the immediate post-war period, as a consequence of reconstruction, production was focused on building material and sewerage pipes

At the end of the 60's, according to the new and different market requests coming from foreign countries, the Masini furnace decided to move a large part of its production to garden products, vases, flower boxes, jars, built according to the designs of the ancient Vanni models, jealously guarded

When Bruno died his son Osvaldo boosts the Furnace and keeps on worlking with his wife Carla and some experts. His son Marco starts working at the Furnace when he is only 22 years old. .

Soon Masini terracottas are starting to be in demand all over the world: first in Europe, especially in Germany, France, Belgium, and UK, but also in the USA, Japan, Australia and the Emirates.

Since 2014, the fourth generation has also appeared with Costanza.

Since 2017 the production is protected by the trade mark CAT (Artistic and Traditional Ceramics) which guarantees the very high level of every single item in which the irreplaceable touch of the craftsman and the living strength of the tradition will remain in the future.
The trademark also certifies the exclusive use of the earth of Impruneta, the processing methods, according to the specifications.

Currently the company has over 1000 models of terracotta products of various sizes and types ranging from classic to  modern: jars, basins, boxes, statues, vases and many other garden furniture, all made according to the ancient dictates of tradition and entirely by hand.