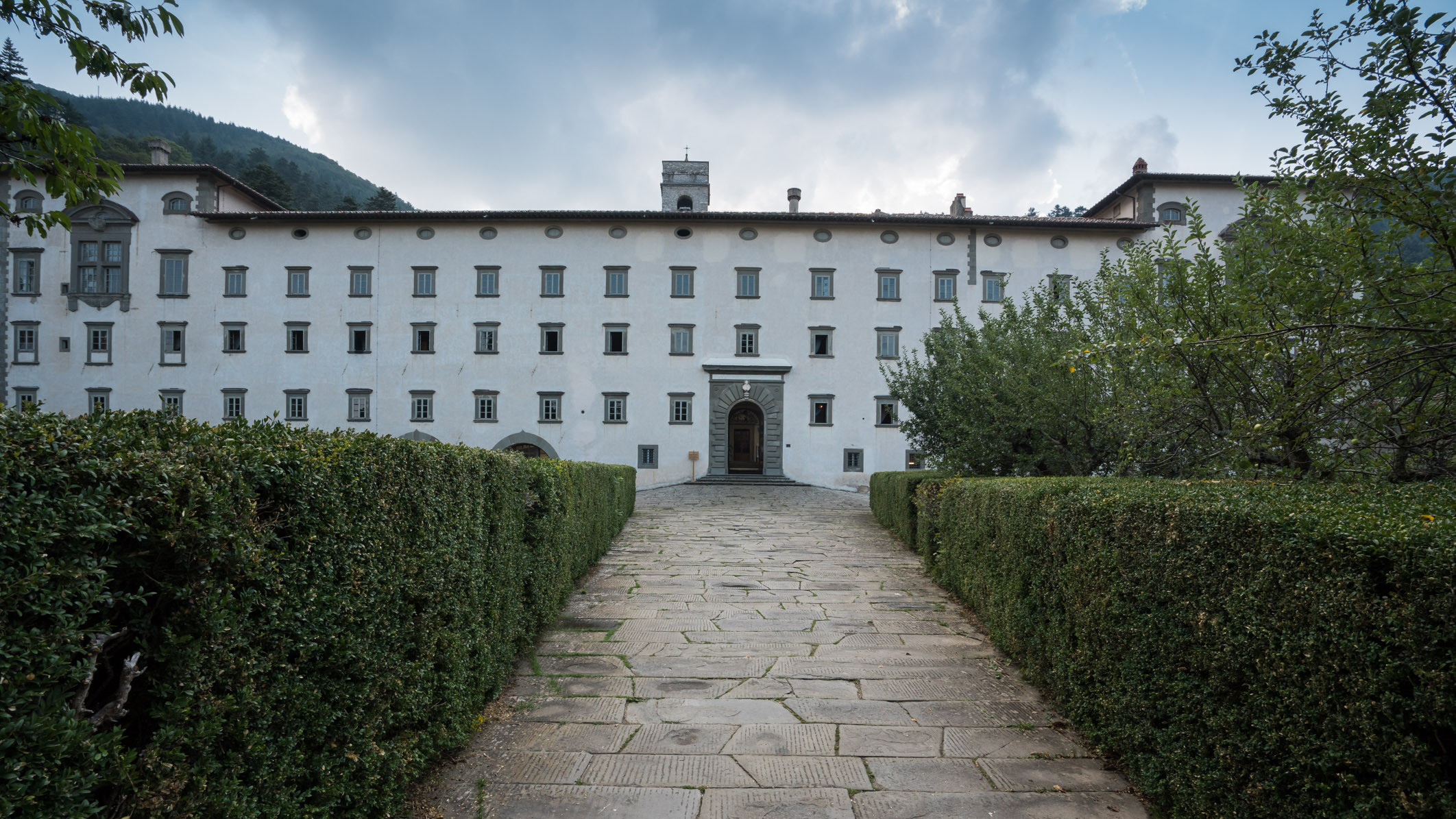 This itinerary is for everyone, especially for clergymen and art lovers interested in discovering historical places and their natural surroundings. Religiousness has always been part of our culture, an important element reflected in art and architecture. Take the chance to discover all these aspects strictly connected to one another: explore ancient sanctuaries and monasteries!

Here are four places very close to Florence, both for geographical and historical reasons.

The famous Certosa di Firenze or Certosa del Galluzzo, is a place of worship and prayer, located on Mount Acuto (near the Galluzzo district). Niccolò Acciaiuoli commissioned the imposing complex in 1341: he was banker and ambassador to the Angevin Court of the Kingdom of Naples, in the second half of the fourteenth century. The building underwent numerous changes in style and artworks through the centuries, so many artists worked on it, the most famous was Pontormo. When the plague struck Florence, in 1523, the painter took refuge in this isolated place and painted frescoes in the Great Cloister, which can now be seen – along with a substantial collection of 14th-18th-century works of art – in the monastery’s art gallery. Visiting the Certosa is not only an artistic experience, but also a full immersion in the nature, due to its location in the beautiful green landscape. Inhabited first by Cistercians and then by Dominicans, it is now looked after by the Community of San Leolino.

One of the most famous and appreciated by Florentines is the Convent of Monte Senario, north of Florence, in an extremely panoramic position, overlooking the city and the Mugello valley. Surrounded by a forest of fir trees, it dates back to 1291, as a first settlement of very humble cells, a small group of Florentine nobles - called seven founding saints – retreated into a hermit’s life, taking the name of Servants of Mary. In 1412, after an earthquake, the convent was newly built, and later modifications and expansions led to the present architectural complex. A trip to Monte Senario is a pleasant walk surrounded by nature, as well as an opportunity for pilgrimage.

Austere and elegant, the impressive Abbey of Vallombrosa has been a spiritual place since 1036. Its founder, Saint John Gualberto - Benedictine monk and founder of the Vallombrosian order - retreated in these dense woods in hermitage. The complex extended more and more until the end of the 15th century, as a great economic development left its deep trace in the grandeur of the present Abbey. Part of the complex are the numerous chapels scattered among the trees. Enjoy a day trip in this magic place.

The last stop of our route is the Basilica of Santa Maria all'Impruneta, in the centre of the village, surrounded by vineyards and rolling hills. The basilica, in Renaissance style, has always been a pilgrimage destination, because of the sacred image of the Virgin Mary, brought by Saint Romulus during the first Christianization. The image was very popular during the Black Plague in 1348: a solemn procession used to follow the image of the Virgin from Impruneta to Florence, with important benefits in reducing contagion.