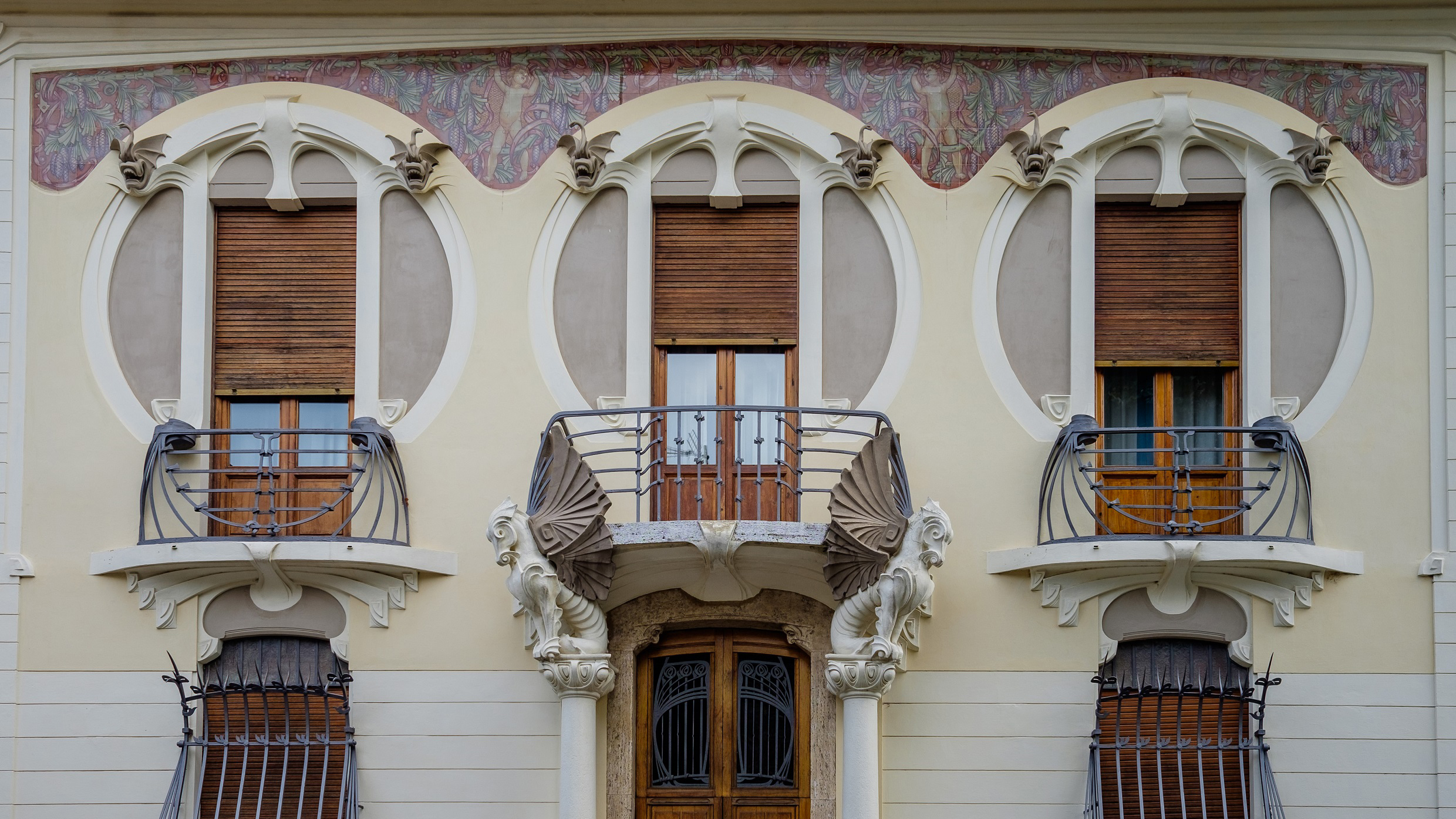 In Florence you can admire some interesting examples of Art Nouveau architecture, concentrated near the nineteenth century area beyond the inner ring road of avenues conceived by Poggi. Here, in wave of urban expansion prompted by the brief but intense period when Florence was the capital of Italy, the Florentine exponents of this style (chief amongst which was the architect Giovanni Michelazzi) adopted it for the private homes of the affluent middle classes.

We propose a visit to the Art Nouveau between some buildings situated in the town centre and others near the avenues.

We can start our itinerary with the Magazzini Pola  and Todescan building,  the first genuine Art Nouveau building in the city, erected in 1903.  Not far is located the charming house-gallery nestled between the buildings of Borgo Ognissanti.From here we cut across the Renaissance city to reach the first major building in this style, which is in Piazza d’Azeglio . Here, the solid façade of Villino Uzielli is lightened by refined decorative motifs

A short stroll takes us to Piazza Beccaria, in the vicinity of which  bourgeois Art Nouveau cottage type finds its greatest diffusion. Significant examples are situated in via Scipione Ammirato, where are situatede Villino Brogi Caraceni. In Via Orcagna, Casa Antonini offers original examples of decorative taste in its  balcony, façade and gate, while  in the parallel street, Via del Ghirlandaio is locaded the studio home of Galileo Chini one of the greatest Italian exponents of the movement, Its  façade shows traces of Klimt-style decoration, two high reliefs and other interesting ornamental motifs.

Moving on to the area between the station of Campo di Marte and Piazzale Donatello, we  can find some remarkable examples of residential buildings, such as the small palaces situated in Via Nardi and Viale Mazzini, while  Villino Ciuti  has neo-Gothic leanings, which become Byzantine in Villino Baroncelli – area of the franchi Stadium. Studio Carnielo in Piazza Savonarola  reveals an evident neo-classical and secessionist art influences.  All these buildings are more in line with the trend towards eclecticism that preceded and accompanied the spread of the Art-Nouveau properly.

A short trip  to another historic urban suburb, and admire the splendid wrought iron decorative solutions of Villino Lampredi.  Other examples in the area can be found in the direction of Poggio Imperiale.