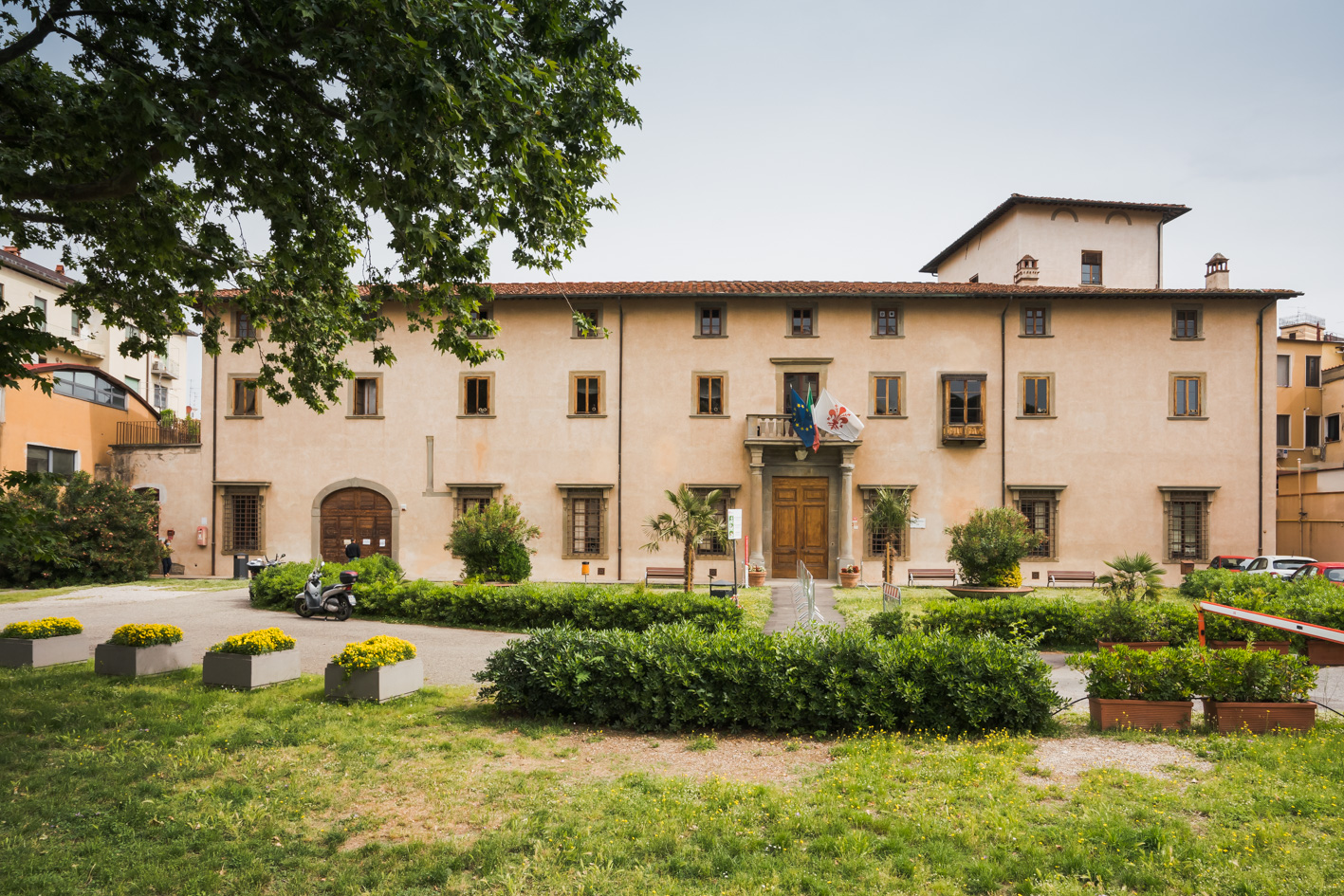 The District of Campo di Marte

Campo di Marte is a district located in the northeast of Florence. It was conceived in the 19th century on a project by Luigi de Cambray Digny for the Tuscan Army training and for military parades (the first Florence airport was built there). The district began to acquire its own shape mainly in the 20s and 30s, in terms of both urban planning and construction. During this period a large part of the area was converted into a sports district and it still maintains this function, hosting the major sports facilities of the city: the Municipal Football Stadium Artemio Franchi (the ACF Fiorentina’s "house") designed by Pier Luigi Nervi in 1929, the Luigi Ridolfi Athletics Stadium, Rugby and Baseball fields, the Costoli Swimming-Pool, and the Mandela Forum Sports Hall.

This neighbourhood boasts many places of great interest: the ancient Church of San Michele in San Salvi, with the adjoining museum that houses the Last Supper by Andrea del Sarto, a series of Art Nouveau buildings - notable examples are concentrated in Via Scipione Ammirato, Via del Ghirlandaio, Via Orcagna - the Football Museum of Coverciano, situated inside the Federal Technical Centre, dedicated to our legendary National Team. The Enzo Pazzagli Art Park, situated in the Rovezzano area, is a large garden decorated with sculptures and installations created by the contemporary artist Enzo Pazzagli; not far away is located the eighteenth century Villa Favard and its surrounding park.

Traces of the past can still be found in various buildings (see for example Villa Arrivabene, the Neighbourhood House) and in the street names, such as via Piagentina, which was the meeting point of famous Macchiaioli painters, like Telemaco Signorini and Silvestro Lega, who used to portray these landscapes in their paintings.

Parks and green areas of District 2 are many and each of them deserves a visit. In the nearby of  piazza delle Cure, recently redeveloped, is located the Pettini Burresi large green area, while the historic garden of Villa il Ventaglio, designed by Giuseppe Poggi in the nineteenth century, is situated on the road to Fiesole. Parco del Mensola has recently been inaugurated and with its 18 hectares, is the second largest park in Florence (the first one is Cascine); one of its access points is from the slopes of Settignano, a splendid hilly hamlet, often immortalized by the Macchiaioli, as well as linked to the memory of Gabriele D'Annunzio and Eleonora Duse.

The statue of “Rain Man” by the Belgian sculptor Jean Michel Folon, representing a man who finds shelter from the rain with an umbrella made of water, is situated right opposite the TuscanyHall (former Teatro Tenda on Lungarno Aldo Moro). A few steps away, for lovers of nature and sport, along the right bank of the Arno River, the beautiful pedestrian-cycle path connects Ponte San Niccolò to Girone public gardens.

Watch the video below: