Every year, since 1926, on the last Sunday of September, in the wonderful setting of Piazza Buondelmonti in Impruneta, the fruit of the vine gets celebrated with a spectacular parade of allegorical floats. It is one of the oldest themed celebrations in Italy.

The Impruneta Grape Festival was born to promote the produce of the most important farms of the town which, with modest means and the help of the artisans who were called for the occasion, began to bring to the square some oxcarts festooned with white and black grape. Adolescents and children acted as extras to complete the cart. The event grew immediately and evolved unexpectedly.

In 1932 the town saw the birth of the four Districts: Pallo’, Sante Marie, Fornaci and Sant’Antonio, arranged along the main routes which diverge from the main square. A very strong rivalry among the city quarters in building the most beautiful floats, bigger than the ones of the other rival districts, was soon established.

Year after year the preparation of the shows has become increasingly complex: the surface of the floats has nearly doubled and accordingly the constructions and the scenic designs; in the last few years hundreds of persons from each district have paraded.
The floats, of course, follow the grape theme which gets developed in more classical or modern ways according to the choices of the locals, volunteers who build the floats, create the choreographies and make the stage costumes: all of this to win the cup made of terracotta, another excellence of Impruneta.

In the last few years technology and computer science have become part of the Festival: nowadays floats transform, scenes move or rotate, colours change, objects are assembled with the help of extras or increasingly complicated mechanisms. However the spirit which forms the foundation of the Impruneta Grape Festival has not changed: sociality and solidarity. The essence of the festival has long been life in the districts.
In the latest editions, in addition to the famous parade on the last Sunday, the old town of Impruneta comes alive in the month of September with a series of interesting initiatives and events linked to the Grape Festival: tastings of the traditional dishes of Impruneta such as the “Peposo Day”, exhibition events, the ”Etichetta d’Autore”  and “La Vetrina dell’Uva”, a contest among the town shops for the most beautiful grape-themed window.
Also in September you can visit the Grape Festival Archival Museum on Piazza Buodelmonti, inaugurated in 2020, which tells the history of this celebration over time through photographic documentation, posters, scale models of the floats, costumes, a collection of wine labels and a multimedia section. 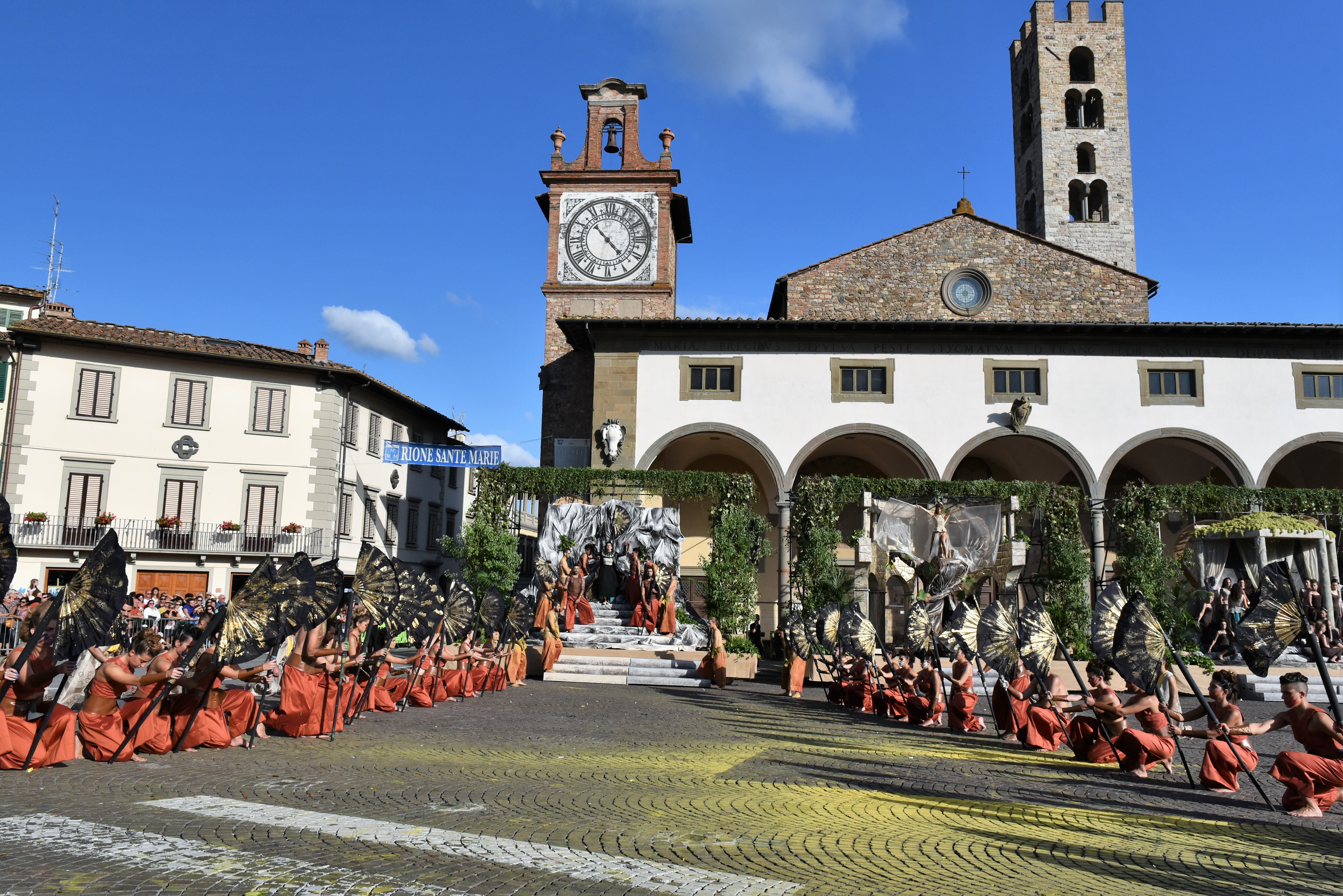 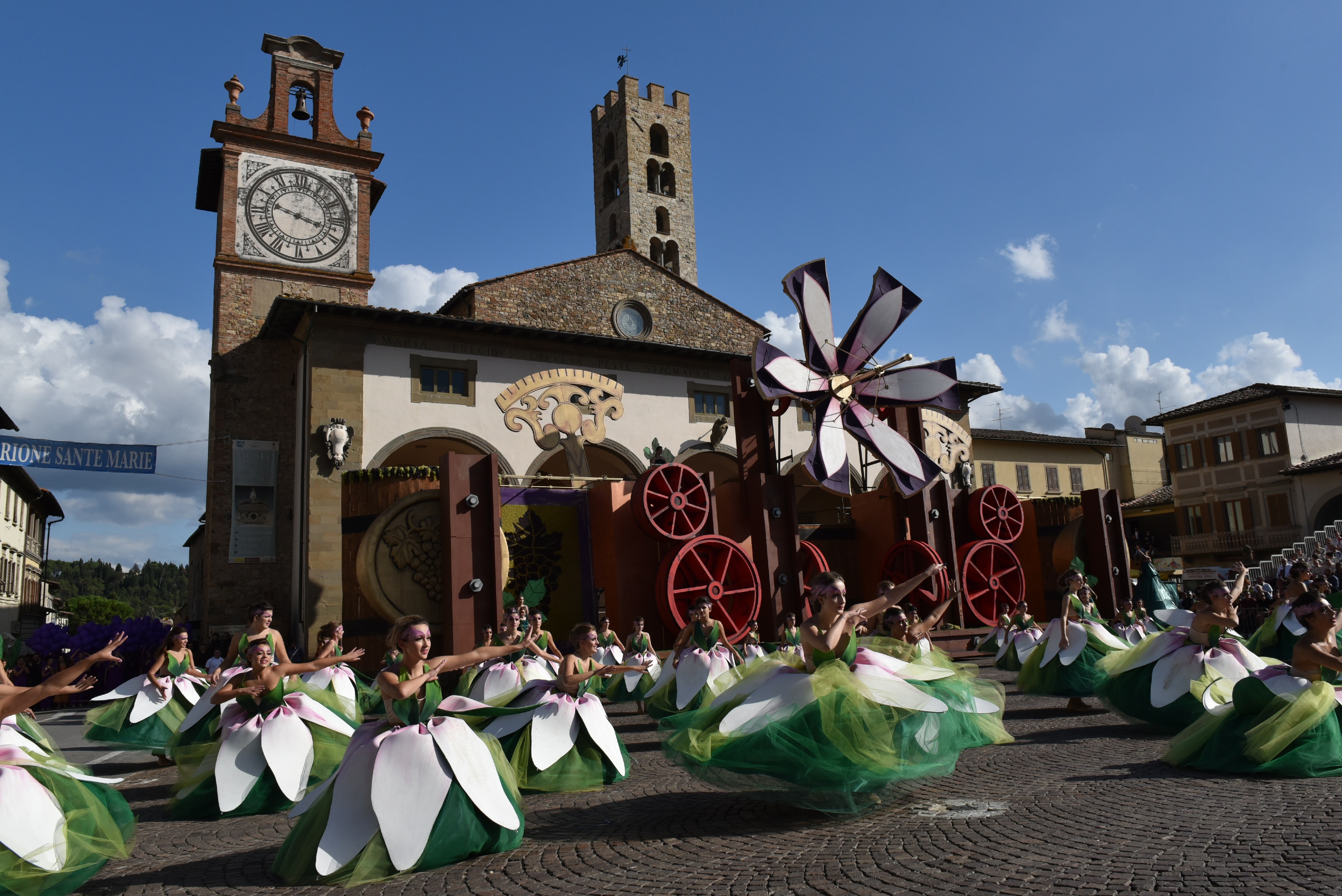