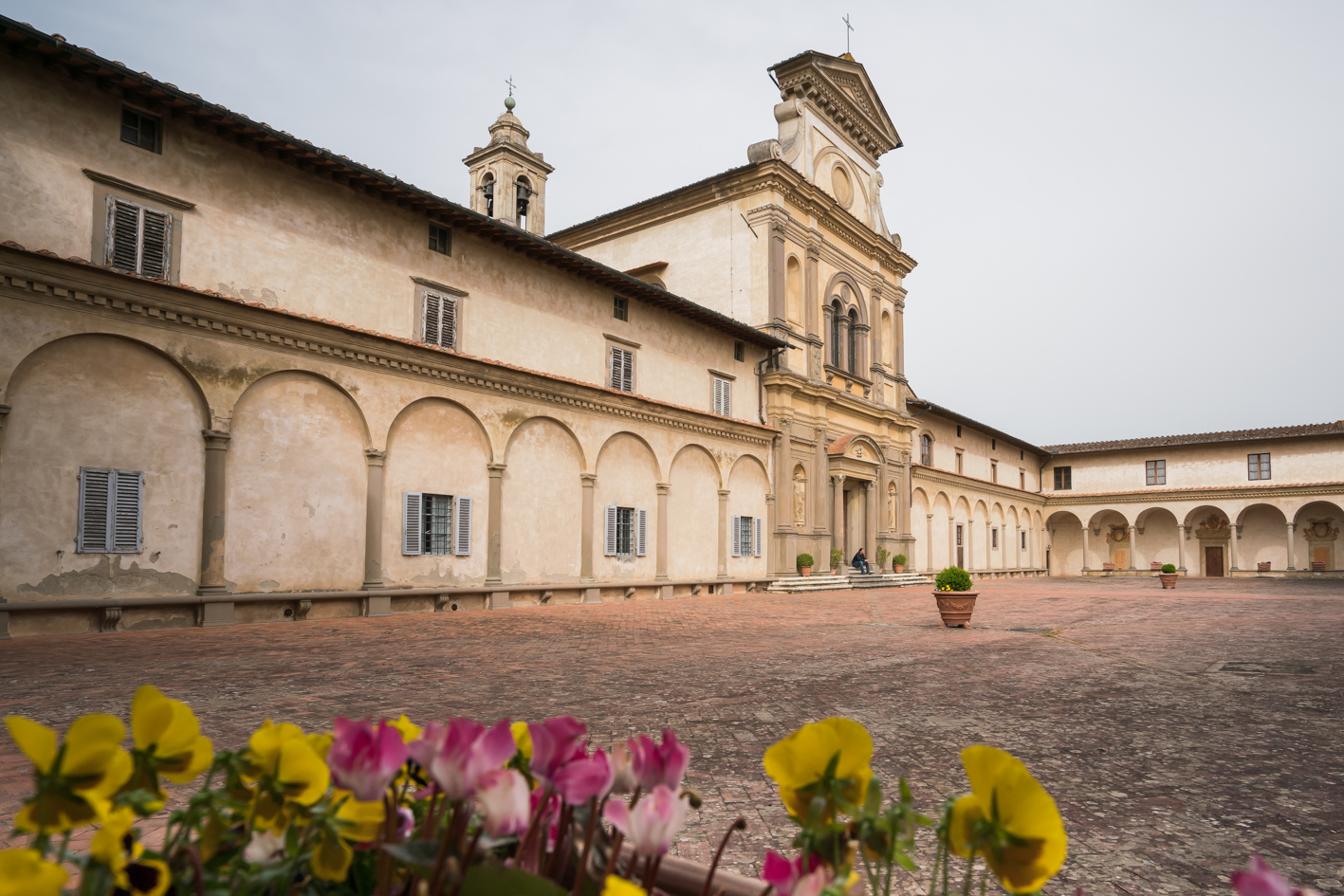 The District of Gavinana and Galluzzo

This district extends to the South-East of the city, particularly rich in green areas around villages and agglomerations, such as Galluzzo and Gavinana and also Ponte a Ema, Nave a Rovezzano, Cascine del Riccio. Due to its position, on the border with the municipalities of Impruneta, Scandicci and Bagno a Ripoli, this district is considered the gateway to Chianti region.

The charming hilly area has beautiful walking routes and unique places like Pian de' Giullari and Arcetri. Villa il Gioiello, in Arcetri, hosted Galileo Galilei during the last years of his life, while the Astrophysical Observatory is located not so far from the villa; the area is dominated by the ancient Torre del Gallo and Villa la Gallina, frescoed by Antonio del Pollaiolo.

The district is rich in ancient religious settlements, such as the Church of San Leonardo in Arcetri, Santa Margherita in Montici, the Badia di San Bartolomeo in Ripoli and the nearby San Pietro in Palco, San Michele in Monteripaldi, Santa Maria in Ricorboli (the latter preserves a Madonna and Child attributed to Giotto). The magnificent complex of Certosa del Galluzzo, located on a hill, is also worth visiting to see masterpieces like the cycle of Christ’s Passion frescoed by Pontormo. It is possible to admire other valuable fourteenth-century frescoes inside the church of Santa Brigida al Paradiso: the church and the adjacent villa were originally part of the famous complex "Paradiso degli Alberti”.

A residential neighbourhood, dotted with splendid villas, develops on viale dei Colli, Pian de' Giullari, Arcetri and Marignolle. Villa Longhi is situated along the steep via Fortini, not far from viale Michelangelo, once inhabited by the famous art historian and now site of the Art History Foundation named after him. Roberto Longhi and other personalities belonging to the cultural world are buried in the Monumental Cemetery “Agli Allori”, in via Senese, also part of this district.

The Anconella park, with its wide green lawns for adults and kids, is located along the left bank of the Arno river, where the Florentine water treatment plants are located; in the same park, it is possible to find a model of Brunelleschi's Dome, on a scale of 1:5, made following the same construction techniques of that time.

Not to be missed is the park of Villa di Rusciano whose construction was started in the fourteenth century. The Auschwitz Italian Memorial is another place of interest, recently opened in Gavinana at the “Ex3 Centre”: a work of contemporary art - once located in the former extermination camp - found here a proper venue.

For cycling enthusiasts, a must-see is Ponte a Ema, a small village bordering with Bagno a Ripoli, where the great champion Gino Bartali was born and lived. Don’t miss the new Cycling Museum dedicated to him.

Watch a video about District 3. Another version of the same video with the audio description translated in LIS (Italian Sign Language) is available here! 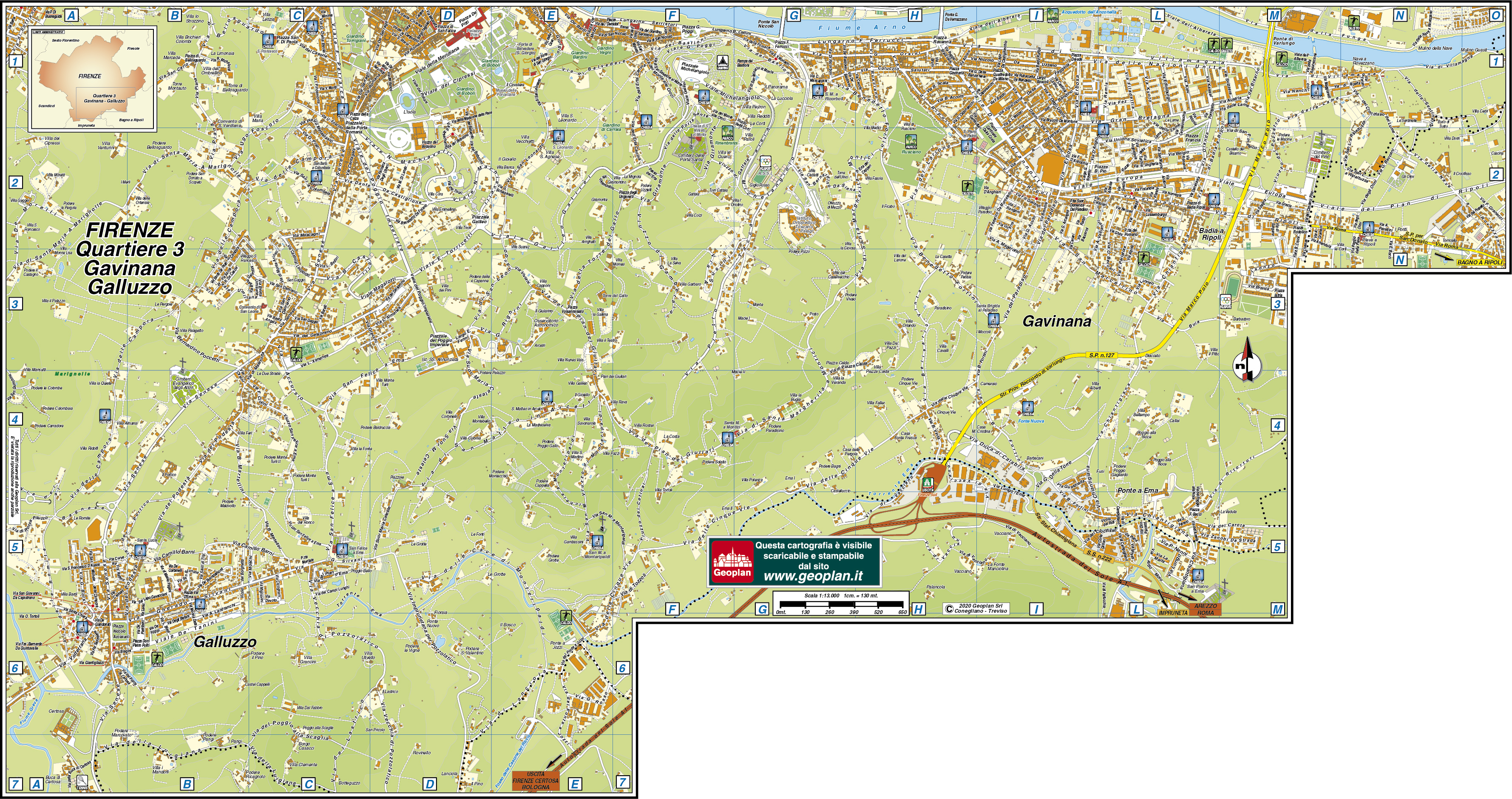