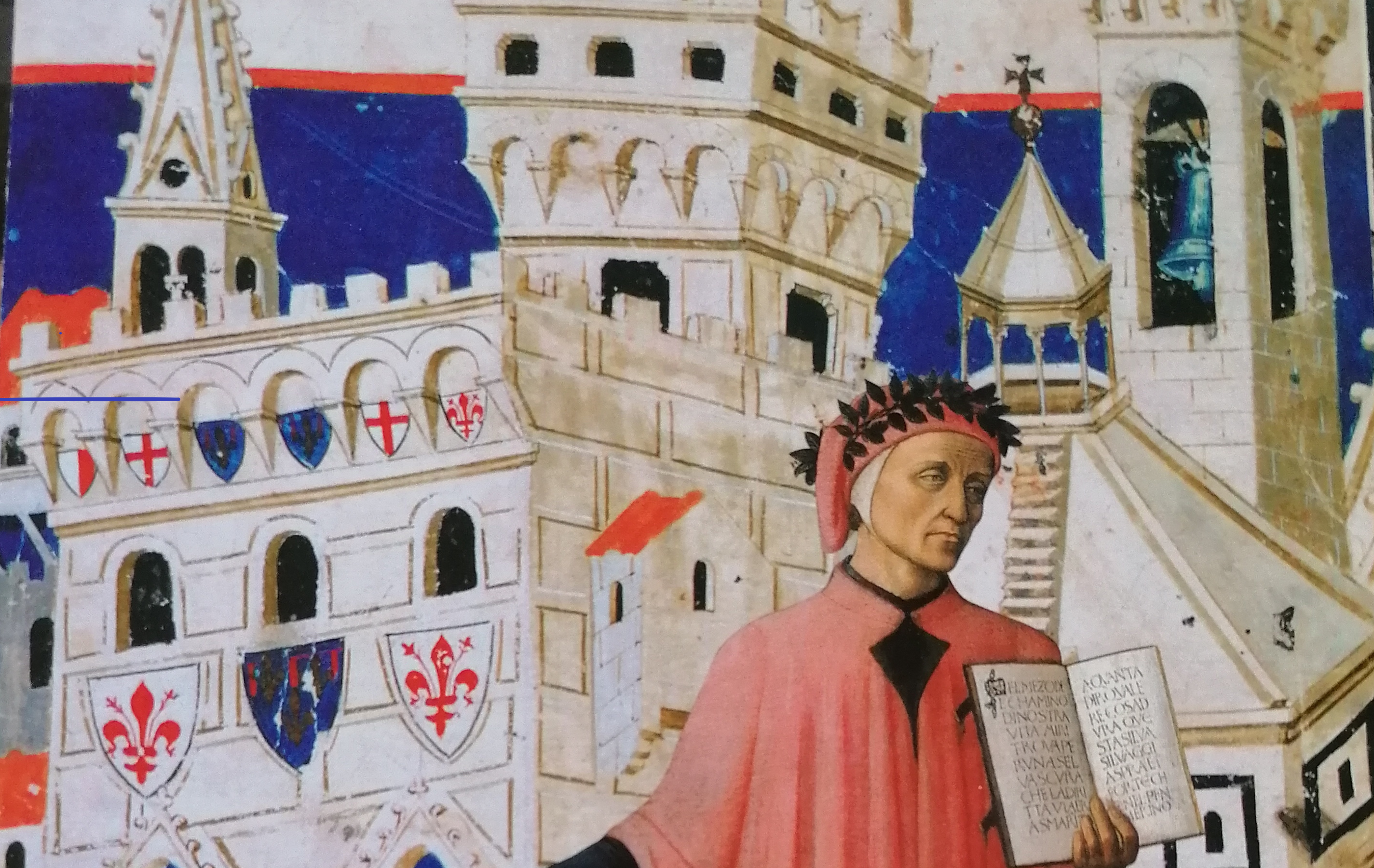 Dante's neighborhood still exhists in Florence: Piazza della Signoria, Orsanmichele, the Torre della Castagna, San Martino Oratory and the Badia Fiorentina design the area representing the medieval heart of Florence, rich in stone houses, with their towers rising above the buildings. It is here that the highest number of Dante's commemorative plates are concentrated: quotations from the Divine Comedy, placed in significant places in the city.

Tower houses belonged to the various rival families - like the Cerchi and the Donati - some of them loyal to the White Guelphs, the others to the Black Guelphs. Dante supported the White Guelph Faction and, for this reason, he was exiled from his city and never returned. In this small portion of the city is situated the House of Dante, a very popular museum, recently renovated with new multimedia technologies. The house - an ideal reconstruction of a medieval town house - was built in 1906 in the area that was once occupied by the Alighieri's houses.

The church of Santa Margherita de' Cerchi is authentic and ancient instead: it is also called church of Dante because here was celebrated the wedding between Dante Alighieri and Gemma Donati, and because these ancient walls also hold the tombs of both the Donati and the Portinari families. Member of the Portinari family was Dante's Muse, the "angelicata" Beatrice, mentioned in the Divine Comedy, who – it is said – met Dante right in that church. A famous nineteenth-century English painting by H. G. Holiday sets this meeting on the Lungarno, near Ponte Santa Trinita. Beatrice was born in Via del Corso, where is situated the Palazzo Salviati Da Cepparello (currently home to a bank) on the façade of which is set a plate with Dante's verses. The young Beatrice, who then married Simone dei Bardi, died when she was only 24 years old.

The small streets along the Duomo, Via della Canonica, Via delle Oche and Via Sant'Elisabetta (where you can admire the only, ancient circular tower in Florence, called the Pagliazza) still have a medieval design, and have remained intact since Dante's time.

A Dante's itinerary cannot ignore “mio bel San Giovanni”("my beautiful Saint John") as in Dante's Inferno is called the Baptistery of Florence, where Dante was baptized. Inside you can admire the magnificent thirteenth-century mosaic, which depicts the Last Judgment: surely Dante was also inspired by some demonic figures of the Inferno.

Another unmissable stop to rediscover spirituality in Dante's time - in addition to the ruins of Santa Reparata (the ancient cathedral of Florence, below Santa Maria del Fiore) - is the Romanesque church of San Miniato al Monte, a few steps from Piazzale Michelangelo.

Dante's tomb is not in Florence and if we are looking for it, we have to go to Ravenna! In the Basilica of Santa Croce, there is Dante Alighieri's Cenotaph, a work of 1829 by Stefano Ricci, while the nineteenth century statue dedicated to him by Enrico Pazzi stands in the Santa Croce churchyard.

Dante's iconography, truly immense, also includes the famous painting by Domenico di Michelino inside the Duomo - "Dante and the Divine Comedy" -, Giotto's portrait in the Cappella della Maddalena at the Bargello Museum and the funeral mask of Dante in Palazzo Vecchio.

Dante's immense cultural heritage is still alive thanks to Dante Society, whose offices are in the ancient Palazzo dell'Arte della Lana (the palace belonging to the wool workers guild), next to Orsanmichele. In 2021, the 700th anniversary of Dante's death will be celebrated, with many events throughout Italy.

For further suggestions about Dante's itineraries in our region, please visit the official website of Tourism Visittuscany.com and select Dante as a keyword.